In recent times, we have seen the rise of so called ‘crypto-currencies’ such as Bitcoin and Ethereum, which have put themselves forward as alternatives to traditional stores of value and currencies. As these and other crypto-currencies gain in profile and popularity and are accepted as a form of payment, it is timely to look at the methodology behind these ‘assets’ and ask – are they a fad or something more? 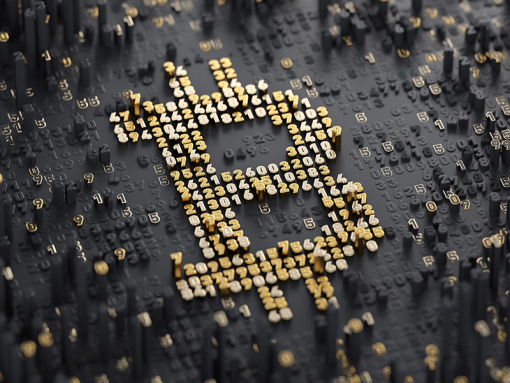 What is Bitcoin and how does it work?

At its core, Bitcoin is a form of decentralized digital payment system. In a traditional payment system, a clearing house, such as a central bank or financial institution, contains a centralized ledger that tracks asset movement between individuals and institutions within the financial system. Before one individual can transact with another, the assets must effectively pass through this clearing institution. With a ‘distributed ledger’, the record is held and verified by many different institutions and parties throughout the system. This eliminates the need for a central registry to record and certify asset ownership before that ownership can transfer from one party to another and ultimately enables peer-to-peer transactions using a public record, called a ‘blockchain’.

Using blockchain technology, every transaction is verified back to its source, so for example, if A wants to transfer bitcoin to B, the transaction is presented online and represented as a ‘block’. This block is then referred to every party in the network and then compared to the ledger. If the transaction is valid, it is approved and the block is added to the chain, with the bitcoin moving from A to B. In theory, this means that B can securely transact with A, confident that they are truly the possessor of the bitcoin, without having to go through a centralized third party, such as a bank.

Another positive worth mentioning is that because of the distributed nature of the ledger, if one node gets hacked or destroyed, the rest of the nodes still contain the accurate ledger. Of course, this is only true to the extent that the network is isolated. There have been issues with security when bitcoin and other crypto-currencies have interacted with a traditional monetary system, such as exchanges.

Despite this potential weakness, these exchanges have been vital when it comes to increasing the popularity of cyber currencies. However, the vast majority of transactions remain speculative in nature, where traders are buying bitcoin in the hope of selling them at a higher price, rather than using them as a store of value. The value of bitcoin has been extremely volatile, and there’s still a long way to go before they can be considered a traditional asset.

Is there a future for cyber currency?

Notwithstanding its various shortfalls, there are a number of situations where some form of cyber currency and transactions using blockchain technology may have application. Payments in third world countries where there is a lack of a robust banking system and a dearth of cash available is one such application. In the not too distant future, cyber currencies may also provide a viable alternative for people looking for a more instantaneous international transfer of assets, compared to the current slow and expensive international payment system.

While the development and progress of these cyber currencies is interesting from a financial and technological point of view, it is still early days. There is more than a hint of a bubble around them, particularly with some of the newer ‘initial coin offerings’. This is probably best summed up by a recent new cyber currency to be offered to investors – UET, which stands for ‘Useless Ethereum Token’. On their website they state, “Is this a joke, is this a scam? No, it is real and 100% transparent – you are literally giving your money to someone on the internet and getting completely useless tokens in return!”. UET raised over $US5,000 in its first 12 hours. While this may not be a large amount on money, this kind of behavior may suggest that it is a bubble after all.