Are you or your partner making sneaky ATM trips? Engaging in late-night online banking sessions? If so, you – or they – could be guilty of ‘financial infidelity’. Forget sex, religion or politics, the experts all agree that money is the most common cause of relationship tension.

“We think about relationship compatibility from just about every angle except money, yet finances are a top cause of divorce. Many people admit to financial infidelity; secret accounts or income sources ‘on the side’,” says financial educator Nicole Pedersen-McKinnon.

Indeed, a survey by TAL Life Insurance found that an estimated 300,000 Australian couples harboured one party with a bank account the other didn’t know about. And 45 per cent of couples had a bank account both parties knew about but only one could access.

While there’s nothing wrong with couples having separate accounts so they can treat themselves without feeling guilty, secrecy around money may indicate a lack of communication.

Speaking openly about money is one of the foundations of a rock solid relationship. But before you begin to talk about shared financial goals, you need to understand your own attitude to money. 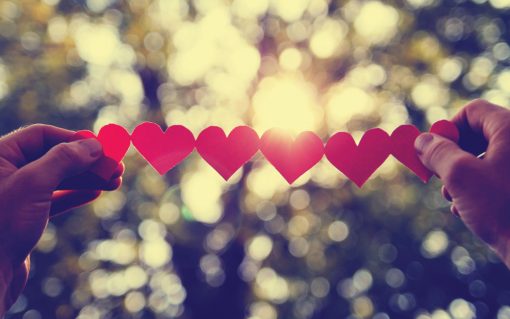 Are you a saver or spender?

We all have distinct ‘money personalities’ and fall on the spectrum from Scrooge-like savers to drunken-sailor spenders. As it’s unlikely you’re going to partner up with someone with exactly the same attitude to money you have, the solution is compromise.

Once an agreement over managing money has been reached there shouldn’t be any need for the saver to squirrel away money. Or for the spender to hide that new outfit at the back of the closet. If you’re stuck on how to open the discussion, ASIC has a range of quizzes that can help you work out where you stand on money matters.

The way you talk, or don’t talk about money can also filter down to the next generation. After working hard to build a financial legacy, the last thing you want is for your children to be at each other’s throats after you have gone.

Law firm Slater and Gordon found 34 per cent of Australians had run into conflict around the distribution of assets and inheritances. Given the prevalence of divorce, second marriages and blended families, it’s more important than ever to make your wishes clear.

Having a valid will is a start, but don’t stop there. Awkward as the conversation may be, discuss your will with anyone who is expecting to benefit from it, making clear what they can and can’t expect to receive.

Go forth and prosper

Life doesn’t stand still, so you and your partner will need to regularly review your financial arrangements and objectives. If you find these never-ending negotiations frustrating you might want to reflect on what Pedersen-McKinnon calls the ‘prosperity power’ of being coupled.

“Typically, you get to roughly double your income while roughly halving your bills!” she says. Now that’s worth talking about.