A recent study has revealed that eating pasta regularly won’t make you fat – a finding that has caused great excitement in the media. However, dietitians like myself have been singing the praises of pasta for years. This latest research simply reinforces the view that carbs should not be seen as a nutritional villain. 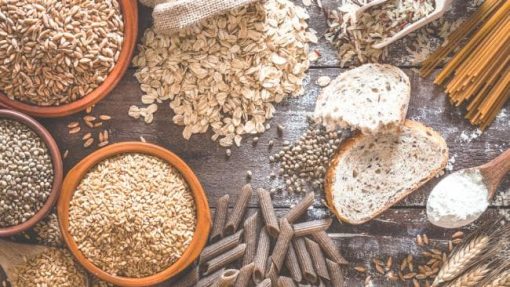 Let’s explore the complexities of this dietary battleground: Carbohydrates are found in highly nutritious food like breads and cereals, pasta, fruit, starchy vegetables, milk and yoghurt as well as legumes and beans. But they are also found in less nutritious food like lollies, chocolate and cakes, pastries, and drinks like soft drinks, cordials and fruit juices.

So, what happens in your body when you eat a bowl of pasta, a sandwich, an apple or even a chocolate milkshake? Well, the carbs in these foods undergo a sequence of metabolic processes beginning in the mouth and ending in the small intestine where they finally produce glucose (a form of sugar).

These glucose molecules cross the small intestine and eventually find their way into the muscles and brain cells, where they are used as energy with the aid of insulin, (a hormone that is released by the pancreas). Any leftover glucose can be stored in the liver, but the liver has a limited capacity to house it – about 150 grams all up.

So, why is there a common belief that eating carbs makes you fat? It is true that eating too much of anything will likely lead to weight gain. That simple equation of ‘energy in versus energy out’ rings true. But why are carb-rich foods so often made the scapegoat in this debate? Perhaps there is a misunderstanding of the biochemical processes that occur when we consume food.

When we eat foods we generally don’t just eat one nutrient in isolation. A bowl of spaghetti bolognaise is a case in point; it typically contains meat, pasta, cheese and (hopefully) some veggies – therefore being a combination of carbs, fat and protein.

The protein component of a meal is involved in muscle recovery and building, but it can be used as an energy source if needed. Meanwhile, the fat and carbohydrates will be broken down for energy or stored in the body to be used as fuel at a later stage when there is a need to rely on energy reserves. Keep in mind that we have an endless capacity to store fat, whereas carbohydrate storage is greatly limited.

Carbs are the body’s preferred fuel source and the body would rather use them to keep it running effectively and efficiently. So the carbs from the pasta will be predominately burnt for fuel, whereas only a small percentage of fat from the cheese and meat will be broken down during this time. Once the carbs are metabolised the body will predominately turn to the fat from the meal to fuel it.

Therefore, if you over-eat carbs in the presence of fat, your body will preferentially break down more carbs and less fat. Subsequently, if your body doesn’t churn up all that fuel, it will likely store the excess as fat. That cycle can be repeated over and over again, resulting in lots of excess fat being stored.

Carbs or no carbs?

This brings up the question of whether or not we should avoid carbs altogether so our bodies will burn the fat and put an end to the obesity epidemic? Well, no. If only it was that easy. It is important to note that the process of fat metabolism is dependent on a by-product of carbohydrate metabolism.

And more than that, carbohydrate foods such as wholegrains, fruit and starchy vegetables, pasta as well as beans and legumes contain these wonderful things called vitamins, minerals, phytonutrients and fibre, which are brilliant for promoting optimal health. Good luck meeting your fibre requirements if you totally exclude these types of foods.

So, with that knowledge, what are we to do? What does a healthy amount of carbohydrate look like? Well, that answer depends on your gender, activity level and age. Nevertheless, the Australian Dietary Guidelines recommend we eat between 4-6 serves of carbohydrate-rich grain foods each day. And one serve is equal to one slice of bread, 2/3 cup of wholegrain cereal or ½ cup of cooked rice and pasta.

So, yes, you can eat a (portion-controlled) bowl of pasta a few times a week without worrying about tipping the scales…Perhaps it’s time we all viewed carbs as a necessary, wholesome and nutritious fuel source.