Aussies are expected to spend big this Christmas, with the NSW and ACT as the biggest splurgers.  The Commonwealth Bank’s Christmas Consumer Spending Survey has found that Australians will spend a hefty $10.7 billion this Christmas period.  NSW and the ACT will be forking out the big bucks on presents, spending an average $637 per person. 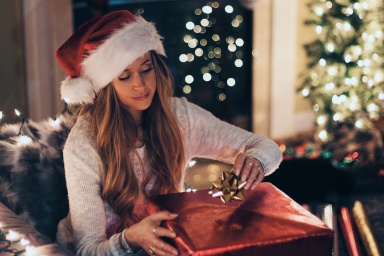 The survey found that over half of all Aussies (56 per cent) will be taking to the shops and online without a spending plan, with Western Australians found to be the worst budgeters.  Overall, men were identified as poorest at budgeting, with 62 per cent admitting they will be buying gifts without price in mind.

According to the results, millennials will be some of the season’s biggest spenders, with 85 per cent predicted to spend up to $1,000 on gifts. This is more than $400 over the national average.

Those from Gen Y were also discovered to have a problem with planning, as 39 per cent said they only started saving for Christmas a month prior.

However they are not alone, as most Aussies plan to leave their gift purchasing to the last minute, with 2 million planning to buy their presents on Christmas Eve. Furthermore, a massive one in three said they will not monitor their spending.

“The joy of Christmas often comes from giving the perfect gift. With fantastic in-store and online shopping experiences on offer, it’s easy to get caught up in the festive frenzy and lose track of what you’re spending,” said Michael Baumann, executive general manager of Commonwealth Bank’s Everyday Banking.

Plan ahead and budget

“The best chance of making sure you stick to your budget is to set a plan and monitor your spending.”

He says consumers can avoid overspending during the holiday period through keeping to a budget and setting a limit to their credit card spending.

“Setting a budget can help you keep your spending in check, but the trick is to be specific,” he said.

“Understand what you can feasibly spend in total and then break this down into categories, such as presents, food, travel, to name a few. This will help you avoid unexpected costs and know where you can afford some wriggle room if you need it.”

“If you’re going to use your credit card to pay at Christmas, set a spending cap to ensure you stick to your Christmas budget.”

“The data revealed that nearly 20 per cent of Aussies start saving for Christmas two to three months in advance,” he said.

“While it may be a little late for this year, think about getting a savings plan in place as soon as possible to help manage your spending throughout the festive season.”