It’s therefore important to understand why certain periods are better than others for buying a car. Car dealers today rely heavily on manufacturer bonuses that come from hitting their monthly and yearly figures. As a result, they are willing to lose money on individual sales when under pressure so that the overall bonus puts them into profitability. This is because the car companies and their leaders are incentivised to meet certain targets from factory.

You can argue that this is mostly short-sighted and damaging to the brands – and there are some notable car companies that don’t play this game – but on the whole, the industry is burdened with meeting sales targets that at times appear (and often are) unrealistic. 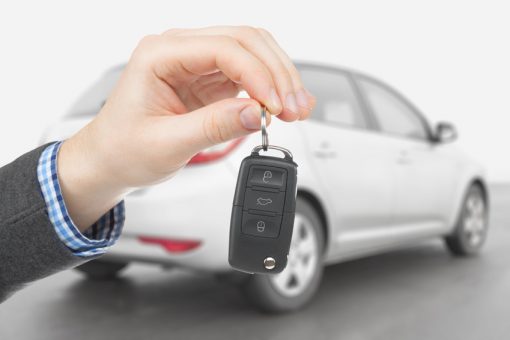 Not everyone can grow sales in a declining market, but everyone promises they can.

While we sympathise with car dealers and the tough business they are in, as a consumer and new car buyer, there’s a lot of power that you can assert. If a dealer hasn’t met his targets by the last few days of the month (or end of the year), he is going to do whatever he can to remedy that situation.

Think of it this way: at the beginning of the month, the dealer is less likely to be wanting to do a super sharp deal than at the end of the month when there’s a bit of a rush to meet targets.

Now, consider December. That usual monthly sales target is compounded by two additional issues that work in your favour. One, the manufacturer itself is almost surely trying to meet its yearly sales target and hoping to proclaim that it sold more units of car X this year than it did last year, or that it beat the competitors’ equivalent models in 2018. That always makes the CEO look like a hero to the HQ back home.

Those issues together, make December the best time to buy a car. Of course, there are also cons to that. You can argue that if you wait a little longer you will get 2018 plated cars in 2019 at a bigger discount, but that’s not always the case, because the rush and urgency is already gone on those cars.

There’s also the fact that you can get a 2019 model which, on face value, sounds like a better idea. But, let me assure you, a 2019-plated car bought in January or February is not built in 2019. A lot of car companies will switch the model year to the following year from cars built around September and onwards (so a MY19 is built in Sep 2018). So, the 2018 model-year cars are usually built in the first three quarter of the year.

It’s even unlikely that a new vehicle bought in March will be a 2019 build. Sure, you can call it a 2019 model when it comes to resale, but you’re paying for it. In most cases, more than you will get back on resale.

The only caveat here is to do your research and see what updates are likely to come with an MY19 over an MY18, for the car you’re interested in. Given this time of the year, MY19 changes have already been announced (if there are significant enough changes to warrant it) or are likely already available in other markets, so it’s not too hard to see the incoming changes.

I would suggest using the make and model search tool at the top of CarAdvice and read the news section for the car you’re keen on. If there’s an incoming major update, we will likely have spy photos of it testing.

As a rule of thumb, a facelift is usually three-to-four years into a model life cycle, while an all new model is usually six to seven years (unless you’re after a Mitsubishi Lancer or Pajero, in which case the current model has been on sale since the beginning of time…).

So, do a bit of digging and see when the current generation of a car you’re interested in was launched and whether holding out for an updated MY19 and the features it will likely bring is worth the extra cost and lack of discount you will likely get.

In most cases, there are extremely minor changes from one model year to the next, when a car is in those lull years between major changes.

If your research suggests that the changes are minimal, it seems logical to forget that MY19 allure and get a good discount on an MY18 at the most crucial period of time in December, as most car companies are keen to meet targets.

As for resale, think of this hypothetical scenario: if you were looking to buy a second-hand car and you had a choice between two near identical cars – one that had very similar kilometres on it but was a 2014 model, and the other a 2015 model with a higher price – why would you pick the 2015 model?

The difference in warranty would be a matter of months, and the guy who bought the 2015 model in January or February would’ve paid more, so he’s expecting more back.

None of this is to suggest you should never consider buying a car in January or February – there are always great deals and retail offers for a smart deal in those months – but if you’ve been umming and ahhing about buying a new car this year, and you like to procrastinate endlessly while reading yet another review here on CarAdvice (thanks for reading), it might be time to bite the bullet and do a deal in December.

Some things to remember: don’t forget to negotiate, hard. Have your finance sorted and ready to go before you start getting serious, and then I would suggest starting the process in the second week of December and closing it out by week three, before the Christmas madness hits.

You’ll need to be happy with a model that is in stock and ready for delivery now, so if you like to customise your car with a factory-special-request pink interior, this is not for you. Remember, the dealer needs to have the car fully paid for in December for it to count.

December is truly the smartest time to buy a new car – and Centra Money can help you:

Car Finance & Understanding the best option for you

There are so many options to finance your new car.  Which one is the best one will depend on many things – such as if you are using the car 100% for private use, using it for some business use, if you run a business and so on.  Our Money team can present the options to you and help you decide the best option for you:

As an individual, your choices are:

As a business, your choices are:

Try our Car Buying Service to save

Once you have decided what car you want, let us know the exact model and specification.  Our vehicle sourcing service will tender it out to a network of dealers nationally and get you a price that will probably be 10-15% cheaper than buying it directly from the dealer yourself.  The car will be delivered directly to you…..without the hassle of dealing with car salespeople!

This is a completely free service to Centra Money clients.