One of the simplest ways to make your retirement savings more efficient and less costly is to get rid of needless multiple super accounts. 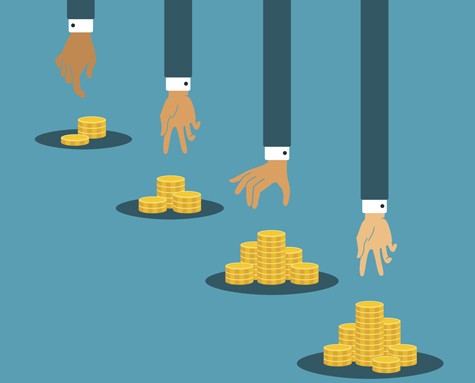 The vast majority of super fund members with multiple accounts unnecessarily pay multiple sets of fund administration fees and insurance premiums. These extra costs compound over time to eat away at retirement savings.

Further, members with multiple super accounts may have difficulty keeping track of how their retirement savings are invested, their asset allocations, and whether their returns are satisfactory. This can lead to sacrificing returns year after year in a poorly performing fund. Lost super accounts can often mean lost returns.

Yet many of us have more super accounts than credit cards. It may seem hard to believe but some individuals are members of six or more super funds.

Of 14.8 million Australians who were members of a super fund at June 2017, the tax office reports that 40 per cent had more than one super account. More than 28 million super accounts exist – almost double the number of Australians with super.

And 6.3 million super accounts with a total value of almost $18 billion were classified as “lost” or “inactive”. These accounts are held by the tax office (earning interest) or by super funds, depending upon the circumstances.

While 60 per cent of fund members held one account, 25 per cent had two super accounts. One per cent (63,000 members) had six or more.

This tax office data suggests that many young members begin collecting multiple fund memberships shortly after first joining the workforce, often working in a succession of part-time or full-time jobs. A common trap is to join a new default super fund whenever taking a new job.

Those working in the gig society and holding a portfolio of part-time jobs would often have multiple super accounts.

The numbers of members with multiple accounts tends to markedly increase as members move from job to job during their typically long careers, peaking at 48.17 per cent of members in the 41 to 45 age group. Having three or more super accounts is not uncommon, mostly for members in their mid-careers.

Fortunately, the proportion of members with more than one accounts begins to reduce as they enter their fifties, falling to one third of members age 61-65 and down to under 18 per cent of members age 66 or more.

As actuaries and consultants Rice Warner point out in a recent commentary, some individuals have a need for two super accounts – typically for insurance coverage or because they are unable to combine a defined benefit account with an accumulation account. But this would not explain why millions of multiple accounts exist.

Certainly, the consolidation of your multiple super accounts is unlikely to dramatically improve your super savings. Yet as Rice Warner comments: “Recovering lost super can improve retirement savings bit by bit”.

The tax office’s website has a useful feature, Keeping track of your super, which includes a useful video about how to find your multiple super accounts and how to get rid of excess accounts using the MyGov website. ASIC’s consumer website MoneySmart also useful tips in an article, Consolidating super funds.