Millions of people unknowingly consume harmful foods every day. What’s worse is that many of us have some potentially cancer causing foods as staples of our diet. 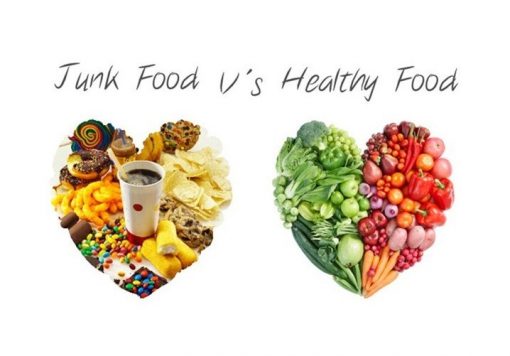 We all know that some foods are better for us than others, but are there any bad enough to avoid completely? Research and recently completed long-term studies have brought to light some alarming results.

In addition to causing many problems like obesity, heart disease, and diabetes… certain foods have even been linked to cancer. So let’s take a look at some of the “worst offenders” and see what we really shouldn’t be putting in our bodies.

Sodas are a sugar loaded, empty source of calories that can be very detrimental to your health.

In addition to being linked with weight gain, inflammation, and insulin resistance, this sweet caffeinated beverage can lead to gastro-esophageal reflux disease.

This condition causes the stomach acid to leak back into the esophagus resulting in pain and burning (ouch!).

The American Journal of Nutrition also found in a recent study that soda drinkers actually have a higher risk of stroke than non-soda consumers.

In addition to this, soda pop contains a whole host of artificial colorings and chemicals (which are too numerous to list here). So it’s no surprise that drinking soda can lead to a higher risk of cancer.

Who doesn’t love the taste of a salty, crunchy potato chip? While they may be satisfying to eat, the negative effect they have on your body may be hard to stomach.

Potato chips are calorie dense and high in fat content, both of which contribute to unintended weight gain. Not to mention many popular brands are high in trans fats and sodium which can result in high blood pressure.

Don’t forget that most potato chips at the grocery store contain artificial preservatives and dyes that are fried at a high temperature. This process creates what is called acrylamide.

Acrylamide is a known carcinogen that is found in cigarettes.

Although they are delicious, potato chips can cause some very undesirable effects as a part of your daily diet.

Processed meats, including hot dogs, sausages, bacon, and most lunch meats, can be damaging to your health.

These meats contain chemicals and excessive amounts of salt that are used in the manufacturing process. A recent study by researchers was published in the journal of BMC Medicine.

In this study, people who ate more than 160 grams of processed meat increased their risk of death by as much as 44 percent over the course of 12 years. The study itself was conducted over 13 years and across 10 countries.

The chemicals and preservatives (including sodium nitrates) in processed meats are used to improve their appearance on store shelves. However, these same chemicals are commonly known carcinogens.

Tomatoes, normally a staple in many healthy diets, can be made hazardous when canned. The can lining is usually made with a chemical substance called bisphenol-a, more commonly known as BPA.

The FDA is extremely concerned by BPA as it has been shown to alter brain chemistry in research done on rats. As a result, there have been efforts by the Food and Drug Administration to reduce and eventually eliminate BPA from canned food products, not just tomatoes.

The reason canned tomatoes are so so dangerous in particular is because tomatoes are very acidic. Acidic foods can cause more rapid leeching of BPA from the can lining into the food.

The BPA content from canned tomatoes can be so high that some brands warn parents not to feed them to their children.

What’s a movie without popcorn? This convenient, relatively healthy snack is seemingly harmless. The culprit here isn’t the popcorn itself, but the bag that it’s microwaved in.

Typically, microwave popcorn bags are lined with a chemical referred to as perfluorooctanoic acid (or PFOA). Quite a mouthful, right? This toxin is more commonly known to exist in Teflon.

A shocking study from the University of California found that this toxin can be linked to infertility in women.

In addition to this, PFOA has been found to significantly increase the risk of liver, bladder, kidney, and testicular cancer in humans in several other studies.

In some bags of popcorn, even the popcorn itself has been tainted with fat loaded soybean oil as well as a chemical called diacetyl. This chemical was so harmful that some companies have banned it from their factories due to workers developing lung diseases after working with it.

These types of oils are notoriously linked to heart disease, immune system deficiency, and of course cancer.

Vegetable oil, one of the most commonly used kinds of hydrogenated oil, is so dangerous because many varieties are high in deadly trans fats. Trans fats are not the healthy kind of fat.

Even the US FDA has stated that trans fats should generally not be regarded as safe for consumption, contrary to their former opinion.

A great way to substitute hydrogenated oils in your diet is to use olive, coconut, or grapeseed oil.

For cooking, grapeseed oil is a fantastic option since it has a higher “smoke point” (the point at which the heated oil begins to produce carcinogens) in comparison to other oils.

These little fried sticks of potato are salty, delicious, and satisfying.

However, by and large, most cheap french fries are made with hydrogenated vegetable oil and topped with a mountain of sodium.

The trans fats and salt (as discussed previously) can increase your risk of high blood pressure, obesity, and other numerous diseases.

In addition to this, french fries commonly contain a chemical known as acrylamide. Any food that’s fried at high temperatures has a chance of containing this.

Acrylamide is also found in cigarette smoke and even building insulation.

It gets even worse: this compound has been linked to a increased risk of cancer.

Fish, typically a very healthy meat that’s high in protein, good fats, and fatty acids, can also have a dark side.

Farmed fish (salmon, cod, tilapia) have been found to be chock full of antibiotics, pesticides, flame retardants (crazy!), and pesticides in a recent study at the University of Albany.

If that’s not convincing, I don’t know what is.

Each of those ingredients alone have been linked to cancer and combined they make a particularly lethal cocktail.

Over 14 years, a study conducted on American women examined their diet and lifestyle habits.

Of the 200,000 postmenopausal women participating, those who consumed at least one alcoholic beverage a day showed almost a 30% increase in breast cancer rates in comparison to those who did not drink.

Not convinced? Behind tobacco use, Alcohol is the second leading cause of cancer.

In addition to this alcohol use can be associated with the following: heart failure, stroke, and sudden death.

However, there is a bit of silver lining. Moderate consumption can actually be healthy and reduces the risk of heart disease.

Many people have made the mistake in assuming that artificial sugar replacements are actually better for you than real sugar.

This poses a huge problem to diabetics trying to manage insulin levels.

Although the research hasn’t been completed yet, there is evidence that many artificial sweeteners end up breaking down in your body into a substance called DKP.

DKP is a deadly toxin that can produce chemicals which have been linked to brain tumors.

While not as terrible as artificial sweeteners, refined sugar is still something to avoid.

In addition to spiking your insulin levels they provide an excellent fuel source for cancer cells.

Back in 1931, researchers found that cancer cells have a taste for sweets.

They discovered that tumors rely on sugar to increase cancer cell production and size.

Sadly, high fructose corn syrup is still found in thousands of products at the neighborhood supermarket.

Smoked barbecue meat, which is famously tender and delicious, is also loaded with carcinogens.

During the smoking process the meat absorbs tar from the smoke, which in turn is absorbed by your body when eaten.

Tar is found in tobacco, which is the leading cause of cancer.

Meanwhile, grilled meats (when prepared with the proper cooking oil) can cut the carcinogen content down significantly.

Pass on the smoked brisket next time you go out for dinner.

Pickles, whether you love them or hate them, have been linked to increased risk for gastric cancer in a recent study done by the Mount Sinai School of Medicine in 2014.

By observing people who consumed pickled items on a regular basis, scientists concluded that they faced a 50% increased risk of gastric cancer compared to subjects that did not consume pickled products frequently.

While this may be shocking that such a common food item could lead to increased cancer risk, infrequent consumption of pickles (and pickled products) does not appear to have any negative impact.

In the long run, this research has helped identify a possible reason why gastric cancer rates are so high in densely populated Asian countries, where pickled foods are extremely popular.

What so called “diet” food packaging should really say is:

Food dye is particularly nasty, since the most common types (Red 40, Yellow 6, and Yellow 5) contain carcinogens known to be linked with cancer.

One of the dyes, Red 3, is still being produced and consumed by thousands (if not millions) of Americans today despite some concerning research linking it to several diseases.

Skip the “diet” substitutes and pick the real deal instead.

Odds are that you haven’t really heard much about refined white flour, or know why it’s something to avoid.

That’s because the food industry has picked the name “refined white flour” to describe what should really be called “bleached flour”.

That’s right, after bleaching the flour studies have found that traces of the chemicals still remain in it.

The more highly processed the flour is, the higher the carbohydrate content is as well.

This alone isn’t too bad, however consider the fact that a diet high in carbs messes with your blood sugar levels and increases insulin production, which is a favorite food source for cancer cells.

Taken from an article published on www.preventionpulse.com