Hardly a week goes by without the mainstream media mentioning superannuation. It certainly remains at the forefront of many conversations around the country at the moment!  Here is a quick summary of the major changes you need to remember… 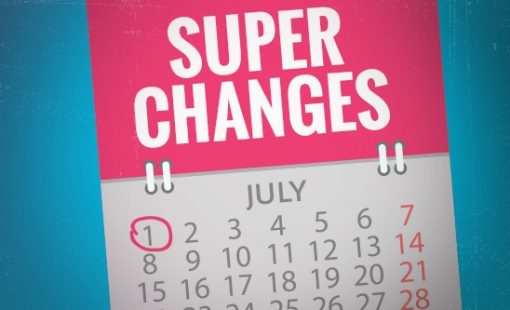 The changes to superannuation that were announced in the 2016 Budget have now (mostly) made their way into legislation. While a lot of attention has been given to the steps that need to be taken by 30 June 2017, now is an opportune time to look at some of the measures that come into effect on 1 July 2017.

Individuals under the age of 65 may be able to bring forward up to three years’ contributions, with some limitations for those having between $1.4m and $1.6m in
super.

From 1 July 2017, these contributions will be limited to a maximum of $25,000 per annum. Individuals who are currently sacrificing part of their salary to superannuation, in addition to receiving superannuation guarantee contributions, should review their arrangement ensuring they don’t exceed their $25,000 cap.

Tax deductible contributions
Income tax law currently allows people who derive less than 10% of their income from employment activities to claim a tax deduction for their personal contributions.

However, the maximum 10% is to be removed from 1 July 2017. This means that most people will be able to claim a tax deduction for the personal contributions they make to super irrespective of the level of income they receive from employment.

This income limit is to increase to $40,000, making the spouse offset available to many more who wish to make super contributions on behalf of their spouse.

As always, if you are looking to take advantage of the opportunities that exist, always consider seeking appropriate advice before you act.