With another financial year behind us, we have a look at how the investment markets have performed. 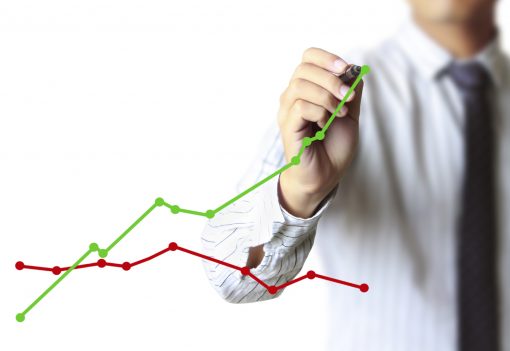 Overall, the year was remarkable for being unremarkable. At least as far as the economy and financial markets performed. The year started with the fall-out from Brexit. There was a domestic election and the US Presidential election. In 2017 there has been a raft of elections in Europe. And there was the OPEC production agreement.

But despite the challenges, returns on shares, residential property and bonds have all lifted over the past year while interest rates are lower and the Aussie dollar is little changed from a year ago. In fact the Aussie dollar has tracked a range of US6.25 cents – the least volatile year in 27 years. The sharemarket has had the least volatile year in 16 years. And the record (and world-leading) Australian economic expansion continues.

The economy has grown by around 1.75-2.00 per cent in 2016/17 and we expect growth of around 3.0 per cent in 2017/18. Infrastructure will be a key driver of growth in 2017/18 with exports, while home building continues, especially in Sydney, Melbourne & Brisbane. Underlying inflation may lift from 1.7 per cent to 2.0 per cent over the coming financial year while unemployment may ease modestly from 4-year lows of 5.5 per cent currently to the 5.0-5.5 per cent range. Official interest rates may remain on hold for another year.

“Much of last financial year was spent focusing on Donald Trump and his plans to cut taxes and increase infrastructure spending. That’s what the share market rallied on,” said James.

“But those policies haven’t yet come to fruition so I think we’ll continue to be focused on what the United States’ domestic policy agenda will be.”

That will mean big things for a range of financial market variables, says James, as will oil prices and the energy market.

In good news for borrowers, interest rates are tipped to stay in a holding pattern over the 2017/18 financial year.

“We think the cash rate could go the full 12-month period without any change,” says James.

He believes that if inflation stays low as expected, the Reserve Bank won’t have a compelling reason to lift rates.

Last financial year was Australia’s least volatile in 27 years, with the Aussie tracking a US6.25 cent range against the US dollar.

“It’s hard to expect that will remain the case this year but we think that 12 months from now the Aussie could still be in the mid-70 [cents] against the greenback,” says James.

While Australian interest rates are not expected to change, James notes there could be modest interest rate hikes in the US which, if anything, would provide some upwards pressure on the US dollar.

“By the same token, we believe there’s some risk that Donald Trump won’t get his policy of cutting taxes through, so that would put some downward pressure on the US dollar,” says James.

The property market is not facing dreadful times ahead, assures James.

“We’re certainly not predicting a bust to end the boom,” he says.

“We’re seeing a substantial amount of building across the country and it’s taking longer for supply to catch up to demand, partly because we’ve previously underestimated the strength of demand.”

In Sydney and Melbourne, however, supply of new high rise apartments is already starting to come through.

“We think that will put downward pressure on property prices and we’re going to see more restrained growth over the coming financial year – perhaps something in the order of 5-7 per cent rather than around 10 per cent, which we’ve been seeing for the last couple of years,” says James.

Meanwhile, property prices in smaller capital cities, rural and regional areas may do some catching up.

When it comes to shares, investors should continue to focus on total returns, rather than just capital growth, says James.

“Overall, we’re looking at around 5-6 per cent growth for share markets and around 4-5 per cent in terms of dividends.”

Meanwhile, share markets around the world are likely to be affected by the energy market and the sustained glut in oil prices.

“The big message from the past year is: be alert and not alarmed,” says James.

Despite the fear and speculation about the implications of the US presidential election and the Brexit vote, “the reality is that we’ve seen volatility low and share markets around the world rise,” says James.

“So yes, we can be alert to political and economic factors, but if we overreact then it could cause us losses in terms of income and portfolio performance.”